Detectives investigating the death of a man in Boscombe Chine Gardens have named the victim as 31-year-old James Cutting from Bournemouth. 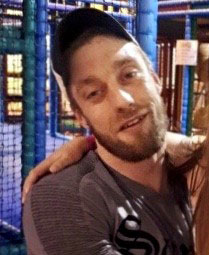 They are renewing their appeal for anyone with information to come forward. James Cutting was found with stab wounds in Boscombe Chine Gardens in Bournemouth at 5.49pm on Tuesday 30 June. Despite the efforts of paramedics, he was sadly pronounced dead at the scene.

A 33-year-old man was arrested on suspicion of murder in connection with the incident and taken to hospital for treatment to an injury to his neck. He has now been discharged from hospital and is in police custody.

A 28-year-old Bournemouth woman arrested on suspicion of assisting an offender has been released under investigation.

A 25-year-old Bournemouth man arrested on suspicion of murder on 1 July has been released without charge.

Detectives are urging anyone with information or footage relevant to their investigation to submit it via the UK Police Major Incident Public Portal at https://mipp.police.uk/operation/55HQ20M60-PO1

Detective Inspector Wayne Seymour, of MCIT, said, “We continue to carry out extensive enquiries into this death and are keeping James’ family updated throughout.

“We are keen for anyone who may have any camera footage or photos taken in the gardens around the relevant time or any other information that could be relevant to please submit it via the Major Incident Public Portal.”

Anyone with information who is unable to submit it via the Major Incident Public Portal is asked to contact Dorset Police at www.dorset.police.uk, via email 101@dorset.pnn.police.uk or by calling 101, quoting occurrence number 55200094596. Alternatively, to stay 100 per cent anonymous, contact the independent charity Crimestoppers online at Crimestoppers-uk.org or call freephone 0800 555 111.

for the latest Dorset News from Mags4Dorset