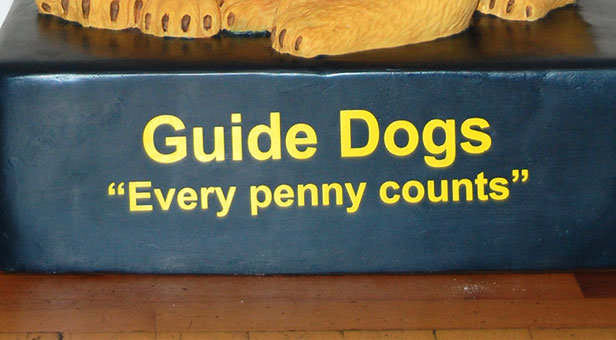 Officers in Lyme Regis are appealing for witnesses and anyone with information to come forward after a charity box was stolen from outside a shop in the town.

The theft took place sometime between 5pm on Sunday 24 January and 9.45am on Monday 25 January outside the Pug and Puffin Gift Shop on Broad Street.

The charity box, which is in the shape of a life-size Golden Retriever and two puppies, is used to collect donations for Guide Dogs For The Blind. It was chained to the outside of the shop. It is not known if there was any money in the box at the time.

Police Constable Sean Cannon, of Lyme Regis police, said: “To steal a charity box is a despicable act and I am asking for the public’s help to locate it.

“I am also appealing to anyone who may have witnessed anything suspicious in the area overnight to contact me on 101.

“We don’t know the motive for the theft, so if the box was taken as a prank, we would ask those responsible to hand the box in to police.”

Witnesses and anyone with information should call Dorset Police in confidence on 101 quoting incident number 25:108. Alternatively, call the free and anonymous Crimestoppers line on 0800 555 111 where mobile phone tariffs may apply.