MODIFYING HUMANS: where does genetics stop? 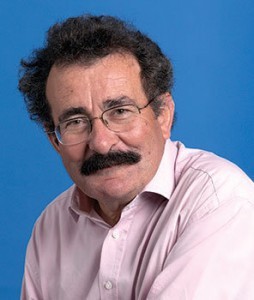 Entertaining and wonderfully thought provoking – not always experiences which go together.

But when Professor Lord Robert Winston took command of Lighthouse theatre stage he turned what could be seen as a rather academic subject into a fascinating insight into a world often restricted to scientists.

Finding a level that a lay audience will understand is not always easy but as a BAFTA award–winning television presenter, he knows how to embrace everyone from students to health professionals, to those just wanting to hear the latest views from the renowned scientist and fertility expert.

His enthusiasm was infectious. He showed us photos of the twins born after he started his work in embryology in order to help a young woman whose first child had died of a genetic disorder.

He looked at the history and misuse of genetics, including the disturbing fact that the Nazis were not the first to carry out eugenics experiments.

The eugenics moment was strong in England and America in the early 1900s with the theory that poor people shouldn’t be allowed to breed strong in the States. A case in America was used as justification for Nazi experiments at the Nuremburg trials. Recently female prison inmates in California were sterilised for alleged altruistic reasons.

The human mind, he argued has changed exponentially over the last 400 years, since Shakespeare made his mark. The invention of the reflecting telescope, the steam engine, going to the moon – all within a relatively short time. Whilst genes have not changed, the human mind is developing more and more. Scientists can make even living organisms in a lab from the building blocks of life.

Having impressed us with what science has done, he then challenged the audience to think about the harsh reality of what this could mean for humanity.

He argued that we live in an uncertain world because of technology and highlighted advances in genetic science including showing a film of a genetically enhanced super mouse, which was able to run for four hours.

He also threw out the question that if we can modify pigs organs to make them suitable for human transplant, why not modify humans giving then more intelligence, go faster, blond hair, blue eyes or taller? And if that is ever done and super humans are created, what value do we put on human life?

All in all, an immensely enjoyable evening with plenty of food for thought.

On 1 February 2016, UK scientists were given the go-ahead by the fertility regulator to genetically modify human embryos. While it will be illegal to implant the modified embryos, there are fears it is opening the door to designer babies.