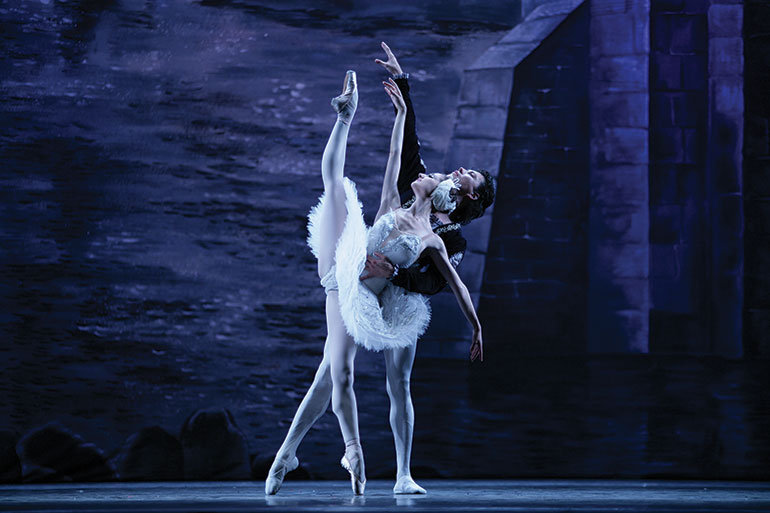 A full house literally bristled with excitement before the curtain went up for Swan Lake performed by the Moscow City Ballet.

The age-old love story tells the tale of Prince Siegried who falls in love with the beautiful Odette. He vows to be faithful, but evil Von Rothbart and Odile trick the prince into thinking Odile is Odette, and his love is seemingly fated.

Lavish costumes set the opening scene and the jester gave an outstanding performance bringing multi strands of colour and humour to the stage. So agile, he flew rather than leapt and landed cat-like without a sound. His comic encounters with the ladies and delicate actions held everyone spellbound.

The other dancers, each demonstrating perfect artistry, gave elegant, and fluid performances, but not with the same sort of lustre.

The treasured swan scenes were mesmerisingly choreographed. Steeped in their own magical atmosphere they flowed with grace and beauty before Odette, queen of the swans, owned the stage drawing the audience into her stunning and somewhat dizzying performances. The prince with his ‘queen’ danced flawlessly to produce some outstanding lifts and stunning poses. And the timing of the ballerinas in the dance of cygnets was impeccable. One couldn’t fail to be carried along with the story, with all its light and deeply dark moments so beautifully interpreted through ballet and music as the loud bursts of applause proved throughout. Having the company’s orchestra playing live, enhanced every moment making for a thoroughly enjoyable evening. And though the majority of the on-stage chemistry was created by the mist rising from the lake, the whole was beautifully interpreted by some outstanding professionals.