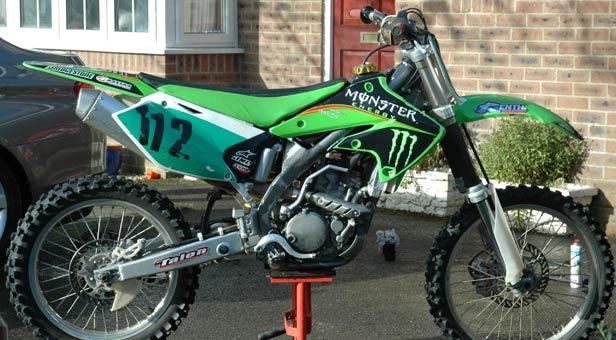 Officers are appealing for witnesses to come forward after two motocross bikes and a bicycle were stolen from a property in Gillingham.

The burglary occurred sometime between 1am and 5.30am on Thursday 10 December in Bryony Gardens.

Police Constable Shane Hewitt, of North Dorset police, said: “I am appealing to anyone who saw anything suspicious in the area around the time of the incident to please call me on 101.

“We have released a photo of one of the bikes with the owner’s permission in the hope that it jogs someone’s memory and I would like to speak to anyone who has been offered for sale any of the bikes described.”

Witnesses and anyone with information should call Dorset Police in confidence on 101 quoting incident number 10:57. Alternatively, call the free and anonymous Crimestoppers line on 0800 555 111 where mobile phone tariffs may apply.