Movies get groovy with the BSO 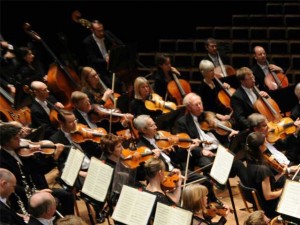 I was fortunate enough to get tickets for the Bournemouth Symphony Orchestra’s ‘Hollywood Blockbusters’ concert, conducted by Pete Harrison. No stranger to film scores, I was impressed by brilliant renditions from films including ‘Lawrence Of Arabia’, ‘Indiana Jones’ and ‘Schindlers List’, that easily matched the quality of the originals.

Often played-to-death pieces from titles such as ‘Star Wars’ and ‘The Dam Busters’ were – thankfully – ignored in favour of a wider range of cinema, including ‘Crouching Tiger Hidden Dragon’ and Pixar’s ‘Up!’

I caught up with one of the trumpet players, Tony Waller, who said, “There was a lot of skillful soloistic playing, and some beautiful performances. The music choices were more melodious, with a lot of concentration on music for strings, woodwind and French horn.”

Overall, it was an excellent and entertaining event. It was fantastic to see the orchestra used in a way that can appeal to younger audiences and not just hardened veterans, as old and new favourites were played. I hope to see more features like it in the future – perhaps the BSO could consider a concert for video game music next?