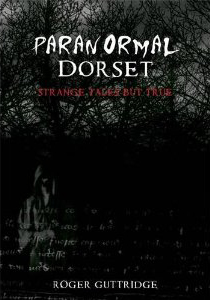 The first book to explore, in depth, the complete range of paranormal phenomena reported throughout Dorset. Published in a handy A-Z format, you will find accounts of well-known hauntings, as well as many previously undiscovered locations.

As well as re-examining and updating some of the county’s best known stories, such as the ghost of John Daniel at Beaminster and Sandford Orcas Manor’s reputation as the most haunted house in Britain, Roger Guttridge introduces many lesser-known tales, some dating from his days as a report on the local daily paper.

Roger’s ghostly tour of the area is illustrated with many of his own photographs.

Roger Guttridge was brought up in the Sturminster Newton area and went to Blandford Grammar School. He is a former chief reporter and deputy news editor of the Bournemouth Daily Echo, the author of a dozen published books, including Dorset Murders and Smugglers’ Trils, and the editor of several others. He now works as a freelance writer.