The Pirates of Penzance – Review 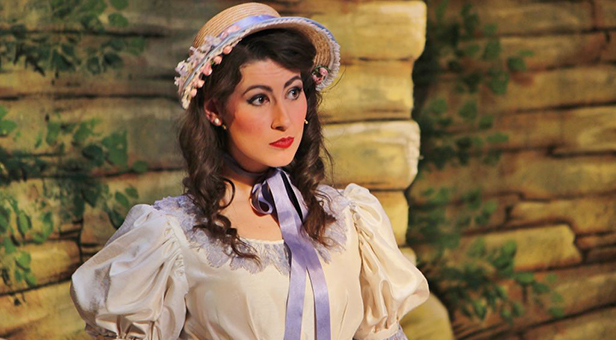 Three hearty cheers for the wonderful world of Gilbert and Sullivan.

This production is just how The Pirates of Penzance should be -equally silly, patriotic and clever. With songs that have amused audiences since Victorian times, this hilarious romp is wonderfully entertaining.

With elements of farce and pantomime, ridiculous logic and adorable characters, it’s not surprising that G&S can still fill the theatre.

Rossano Sal is magnificent as Frederic, strong vocally and totally believable. Partnered with Roseanna Bowen as Mabel, they make a convincing young couple in love with beautifully sung duets.

John Gerken as Major-General Stanley manages to do the seemingly impossible – a perfect rendition of Modern Major-General –which is much appreciated by the audience.

After 135 years of production, getting a new slant on the role of Sergeant of Police could be seen as quite a challenge. Apparently not – just take a few lessons from John Cleese and Monty Python and Mark Everitt’s resulting performance will be remembered for a long time. Excellent choreography by the rest of the police adds to the comedy.

Ian Metcalfe as The Pirate King photo by Michelle Meaby

There are strong performances from Ian Metcalfe (The Pirate King), Cherrill Ashford (Ruth) and James Rosser (Samuel). Support from a talented cast including swashbuckling pirates, beautiful young girls bobbing along in hooped floaty dresses and hapless policemen, all ensure this production lives up to the high standard associated with Bournemouth G & S.

Musical director Keziah Jacombs and director Claire Camble-Hutchins have created a winning show; traditional but with a few touches that bring it up to the present day.

It is director Claire Camble-Hutchins’ first time at the helm of the society’s main show and it deserves to be the start of many successful and enjoyable voyages.

Pirates of Penzance is at Lighthouse until Saturday. If you love G&S you have probably bought your ticket already. If you don’t, go and be converted.