REVIEW: Tell Me On A Sunday starring Jodie Prenger

Lighthouse, Poole’s Centre for the Arts 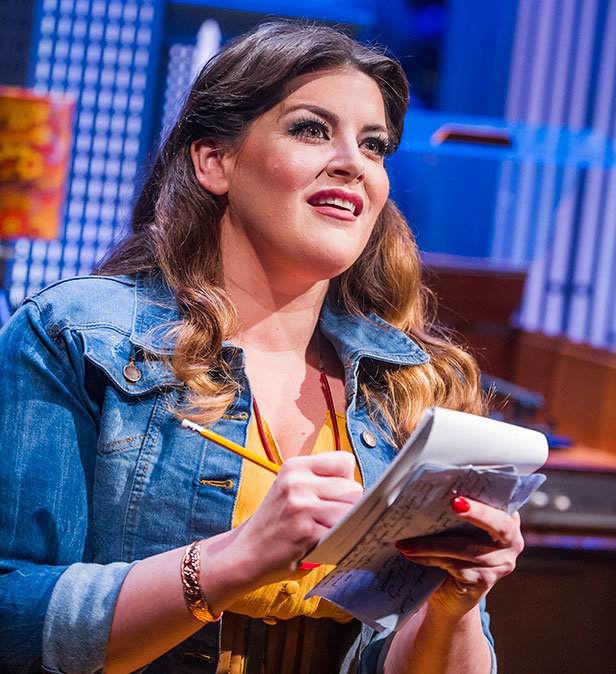 It must be daunting to take on the challenge of touring a show associated with some of the darlings of musical theatre. But it was clear from the opening note of Take That Look Off Your Face that Jodie Prenger was going to make Tell Me On A Sunday her own.

Andrew Lloyd Webber and Don Black’s classic musical charts the misadventures of Emma, a young English girl in New York in the heady days of the 1980s. Brimming with optimism, she seeks success and love, but as she weaves her way through the maze of the city and her own anxieties, she begins to wonder whether she’s been looking for love in all the wrong places.

Originally conceived for television Tell Me On a Sunday has become an iconic musical.

Stars including Marti Webb and Sarah Brightman have made this musical legendary and Jodie is ensuring it remains a box-office hit.

She rose to fame as the winner of the 2008 television contest, I’d Do Anything and totally succeeds in the challenge of taking on an iconic role and making it her own.

Jodie doesn’t only pack a punch with her amazing voice and clear diction, but she portrays a sense of vulnerability that every woman in the audience can relate to. She captured the emotions of relationships from elation to dejection with a heartfelt passion. And always in the background was the undefeatable optimism and hope that brings women through heartbreak and betrayal.

This production goes back to its roots, being staged in the 1980s, with the set’s backdrop the New York skyline. The musical has not dated – the harsh reality of the love life of a young single girl living in NY is just as relevant today as it was when written.

The story is based around her letters home to her mum, containing hope and disappointment and also adding humour, but in the days before mobiles and Facebook, we knowing her advice and reassurance will take time to arrive.

This new production, directed by Paul Foster, includes an intimate post-show chat with Jodie about life, love and playing the role of Emma. With Tell Me On A Sunday lasting around 60 minutes – all pretty demanding for a solo performer – this second act is an added bonus.

This included a wonderful mesmerising performance of Secret Love from Calamity Jane, which she toured in 2014. And a duet of Andrew Lloyd Webber’s Another Suitcase from Evita, allowed understudy Jodie Beth Meyer to show off her beautiful voice.

Pity this was a one night only appearance at Lighthouse, Poole’s Centre For The Arts but it was great to see the theatre full.