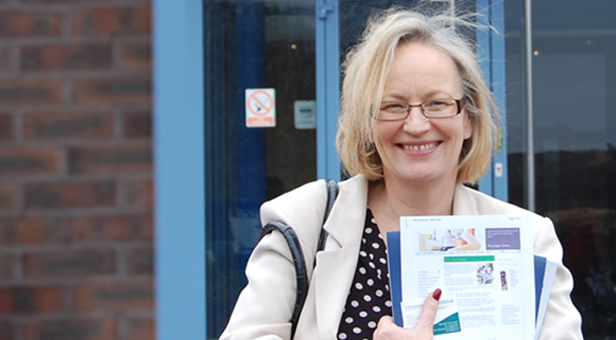 Conservative MEP Julie Girling, who represents SW England and Gibraltar, is currently visiting the Rock to meet with Government Ministers, local police and others regarding the current border crisis. During her trip, she will discuss the escalation of Spanish action with local politicians and many of her Gibraltarian constituents.

Mrs Girling, who has recently faced a torrent of abuse by Spanish Twitter trolls for her support of Gibraltar said; “I will be meeting with the Chief Minister, the police and individuals affected by the border restrictions. It is simply not acceptable for the Spanish police to discriminate against Gibraltarian citizens who are trying to move between Gibraltar and Spain, nor is it acceptable under European regulation to impede their movements between the two countries. Enough is enough, we need to use our influence in Brussels to help find a solution.”

Regarding the recent Twitter trolling, Mrs Girling added; “Some of the language used towards me has been deeply unpleasant and misogynistic. The support received from constituents across South West England, Gibraltar and Catalonia, Spain, has been appreciated. Be assured, I will continue to fight for Gibraltarian residents and will not allow them to be bullied by the Spanish Government or a minority of Spanish citizens.”

Mrs Girling has previously called for constituents to boycott Spain.