A toast to Elizabeth Boast 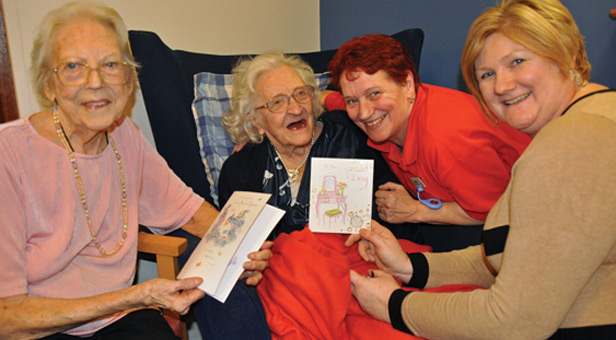 Champagne lover Elizabeth Boast was the toast of residents and staff at a Poole care home after celebrating her 102nd birthday.

The former master butcher marked her special day with a tea party at Colten Care’s The Aldbury home in Parkstone.

Her daughter, Christine Phillips, 82, said, “During our time mum and I have drunk enough champagne to float the Queen Mary. It’s still her favourite drink.”

Born in Hampshire, Elizabeth and her husband started Richard Andrews Butcher in Westbourne in 1942.

She served two terms as the first female president of the Bournemouth Butchers Association (BBA) and ran the business for many years with Christine.

Following the death of her first husband, Elizabeth moved to Majorca where she lived for more than 20 years. She met her second husband, William Boast, on the island.

Elizabeth also has a son, aged 80, in Canada. Her daughter, Christine, lives in West Moors.

Denise Arthur-Briskham, Home Manager, said: “Elizabeth is quite a character with a lot of personality.

“She loves music, particularly hymns, and still knows every word to ‘All things bright and beautiful’ which is her favourite hymn.”