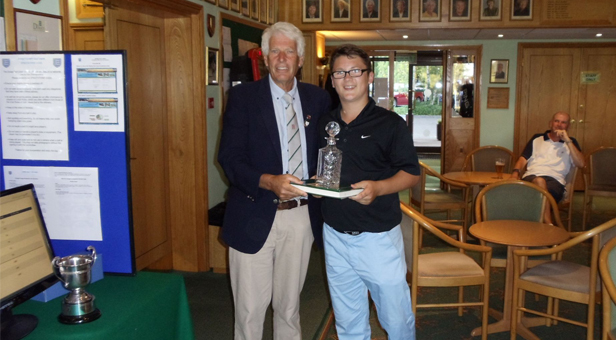 Congratulations to Marcus Lovesey aged 14 who has learning difficulties and a +10 eyesight, who won the Category III Championships at Dorset Golf & Country Club on 2 September.

Marcus’ father Peter, a former professional himself, said, “Marcus can’t see further than 150 yards yet he’s won 9 out of the 11 tournaments he’s played in the last four months.”

In his latest victory, Marcus of Canford School Golf Club had a fine net 72. Home player Paul Schmeider came home with a net 76 and there were three 74s from Steve Cook, Weymouth, Richard Harding, Wareham and Wayne Dewey, Ferndown Forest.