Air Ambulances soar thanks to raffle 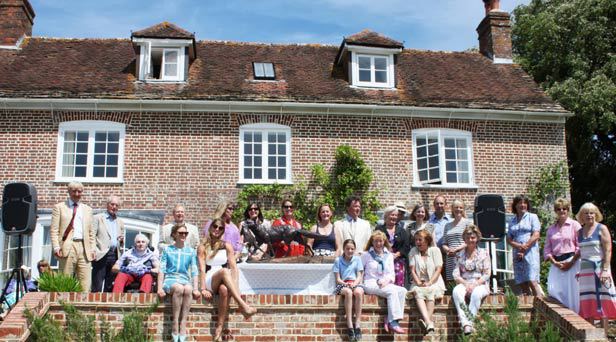 A Summer Raffle and Drinks Party was held on Sunday 30 June and looks set to raise in excess of £30,000 for Dorset and Somerset Air Ambulance.

The event, organised by three hunts (Blackmore and Sparkford Vale, South Dorset and the Portman) was held in appreciation of the work that the Dorset and Somerset Air Ambulance do within the community.

The crew members of Dorset and Somerset Air Ambulance were invited to attend the event along with other invited guests.

One thousand tickets for the Summer Raffle went on sale earlier this year at £25 each and every single one was sold.

Third prize was a bespoke tweed suit for a man or tweed coat for a lady, donated by Jack Wingield Digby founder of InTweed and finally fourth prize was a Silver Ewer for pouring water or wine, one of eight make by Deakin and Francis of Birmingham, donated by Jeremy Mains.

Part of the gathering included a number of Dorset and Somerset Air Ambulance ex-patients from the riding community.  Special guest and assisting with the raffle draw was retired horse race trainer Robert Alner.