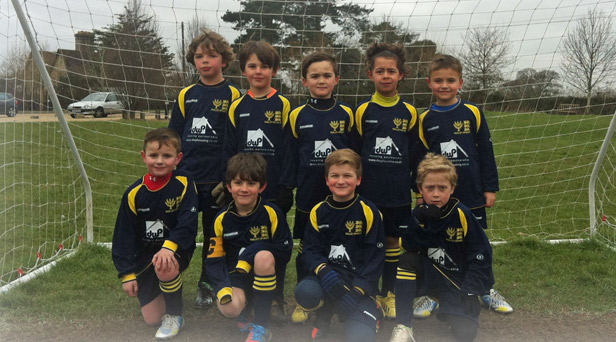 Parley Under 8s football team has a brand new kit, thanks to sponsorship from DWP Housing Partnership.

Lee Mountford, father of one of the team, works for the company and asked Managing Director Steve Wells for help.

He provided funds that kitted the nine youngsters out during their second season together.

Maintenance Manager Lee, whose son Max plays on the left wing, said: “I approached Steve about sponsoring the team because they needed a new kit.

“He gave them £250 which bought them new shirts, shorts and socks and they are all absolutely chuffed with it.

“The league they play in is non-competitive until the Under 10 level, but one of them has already left to train with a professional club.

“We are approaching the end of the season, but the new strip has really put a spring in their step.”

Steve Wells said: “When Lee approached me and said his son’s team needed a bit of sponsorship I was happy to help. The kit looks great.”