At the edge of garden history 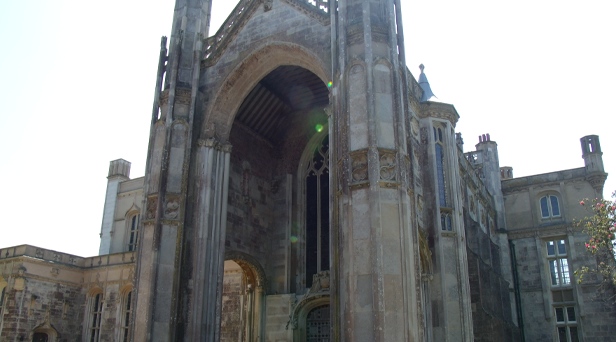 A recent discovery in the grounds at Highcliffe Castle could help to determine more about its garden history.

Gardeners and volunteers clearing an overgrown area found a row of previously unrecorded garden edging tiles following a line about three feet from one of the garden walls.  The tiles were interesting because they were marked with the name of a Bridgwater company. Bridgwater in Somerset was at the heart of British brick and tile manufacturing throughout the 18th, 19th and early 20th centuries until mechanisation in Bedfordshire at the Stewartby based London Brick Company signalled its decline.

Now staff from Highcliffe Castle have contacted the Bridgwater Brick and Tile Museum for more information on dates and the manufacturer.

This find comes as interest in the gardens at Highcliffe is heightened with the impending Lancelot ‘Capability’ Brown tercentenary celebrations in 2016. Highcliffe Castle is built in the grounds of the earlier High Cliff, Lord Bute’s seaside residence and one of only two seaside sites landscaped by Capability Brown in the 18th century. Additionally the current Lottery Bid which is in preparation will look specifically at the gardens and use of the grounds.

Said Malcom Dunn, head gardener at Highcliffe Castle, “We are waiting for a date on the tiles which could mark a significant find if they turn out to be 18th century. Looking at the grounds now it is hard to believe that these were laid out by Capability Brown, but there are around 20 features left over from that time and this despite reshaping of the gardens in the 19th century and the council’s work during the late 20th century.”

A lot of the history of the gardens at Highcliffe Castle can be found in the book “Highcliffe Castle – Garden Journey” by Margaret Samuel (Natula Publications ISBN 9781897887868) available in the Castle giftshop at £12.95.