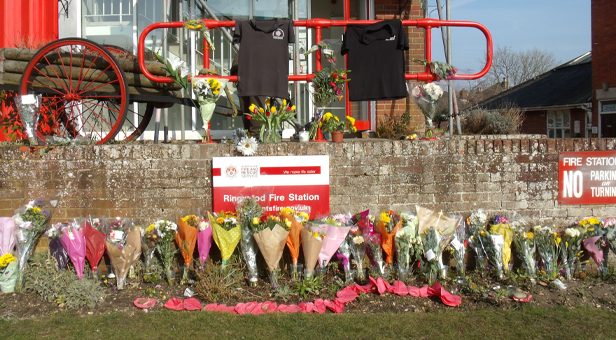 A man from Kent has been sentenced to six years’ imprisonment after being found guilty of causing death by careless driving, driving while disqualified, driving without insurance and attempting to pervert the course of justice.

The court heard how 58-year-old Brian Hampton was driving his Volvo XC90 along the A31 near Ashley Heath roundabout at around 8.20pm on Sunday 24 February 2013, when he struck 16-year-old moped rider Jade Clark.

Hampton failed to stop and drove off leaving Jade at the mercy of the fast-moving traffic. Tragically, the young hairdresser was struck by one or more vehicles and died at the scene.

Following a joint investigation by Dorset Police’s Major Crime Investigation Team and Traffic Unit, Brian Hampton was arrested a month later at an address in Kent on 21 March. He had taken steps to avoid being caught, which included lying to his wife and getting the damage to his car repaired, telling the garage he had hit a deer.

His arrest followed a massive police operation, the largest of its type ever carried out by Dorset Police with officers from around the south coast searching over 1,000 vehicles at they worked to find the person responsible for Jade’s death. In June he appeared at Bournemouth Crown Court where he pleaded guilty to causing death by careless driving, driving while disqualified and two counts of no insurance. He pleaded not guilty to attempting to pervert the course of justice.

Following yesterday’s trial (18 September), Hampton, a railway health and safety consultant, was found guilty of attempting to pervert the course of justice.

He was sentenced to two years’ imprisonment for causing death by careless driving and four years for attempting to pervert the course of justice to run consecutively.

He was sentenced to four months for each of the disqualified driving offences and banned from driving for seven years.

After the case, Jade’s mother Sharon said the sentence “wasn’t enough.” She added, “He could have stopped and tried to protect her. He could have gone to her aid and possibly saved her, but he selfishly chose to protect himself and drove around her. We can never forgive him for that.”