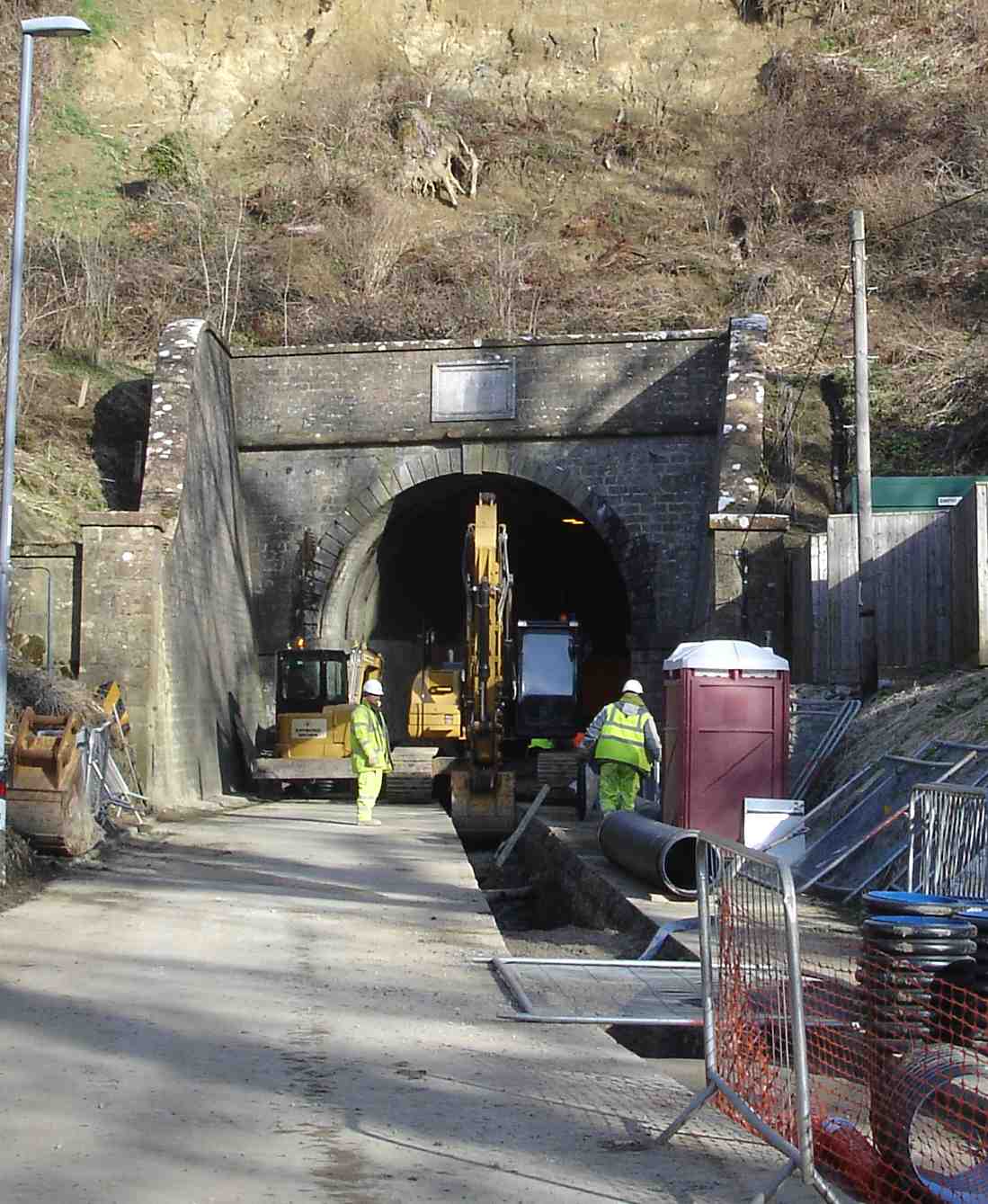 Further work to stabilise the slopes around the stricken Beaminster Tunnel will take place this week with soil nailing starting on 2 April.

Since works began in December, contractors have cleared the area above the north end of the tunnel, improved the drainage at the site, tested the soil nails, and worked to make access easier for the main works to begin. Contractors will be working extra hours to make up for lost time during the project. Unfortunately, this will not be enough to achieve the original estimated opening date in May.

Councillor Peter Finney, cabinet member for highways and transportation at Dorset County Council, said: “We are aware of the urgency to get the road open as soon as possible andstaff are working hard to make up time.

“This is a very complex engineering problem and it is extremely important that we get it right for the safety of people who use the tunnel and for the future of the tunnel itself.”

Last month, test nails confirmed that soil-nailing will work to stabilise the slopes. About a thousand nails will be driven into the ground and pin a material over the slopes to hold the land in place.

The masonry headwalls above the tunnel and the wing walls on the approach to the tunnel will be strengthened and new drainage will be installed to redirect rainwater and drain the slopes.

The £2.1m project is being funded by Dorset County Council.