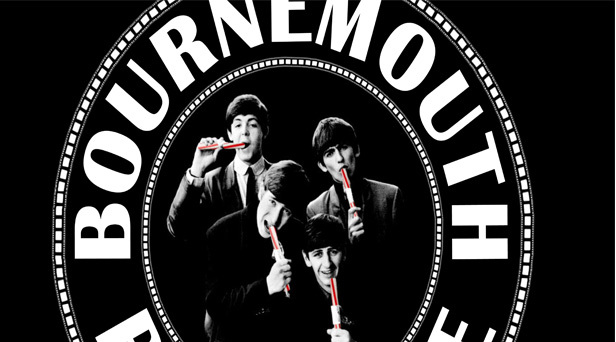 To mark the 50th anniversary of The Beatles’ first shows in Bournemouth, on 19 August 1963 when they opened a six-day residency at the Gaumont (now the Odeon) cinema on Westover Road, a new exhibition celebrating their many connections to the town is to open.

The Beatles played more shows at the Gaumont than in any other UK theatre outside London, notching up no less than 16 shows between August 1963 and their final visit on 2 October 1964.

The exhibition, at the Beacon Hotel on Priory Road, Bournemouth, includes dozens of photos of The Beatles in Bournemouth, as well as posters, handbills, reviews and programmes from the group’s four visits to the town.

There are various other photos from Robert Freeman’s photo shoot of the boys at the Palace Court Hotel on Westover Road that produced the iconic half-shadow sleeve shot for their second album, ‘With The Beatles.’

Also at the Beacon Hotel you can find the main venue sign, a section of stage and some seats from the historic Winter Gardens theatre where The Beatles played on 16 November 1963 and were filmed for US television – the first footage America was to see of the Fab Four.

Much interest is bound to fall on the remarkable photo of John Lennon with his young son Julian and his Aunt Mimi at Sandbanks Ferry, just yards from the harbourside bungalow he bought for Mimi in 1965 and where he visited her many times before he left these shores for good in 1971.

The exhibition tells an incredible story of how a small resort on the south coast of England came to play a significant part in the history of the greatest rock ‘n’ roll group of them all.

In conjunction with the exhibition there is a new restaurant opening at the Beacon Hotel in August.
The Bournemouth Rock Cafe uses Harry Taylor’s iconic ‘Stick of Rock’ photo as part of its logo and will be serving gourmet burgers and a full menu in rooms that are adorned with Bournemouth music memorabilia from all eras and genres.
For more information please contact Dave Robinson at the Beacon Hotel on 01202 553319; or Nick Churchill, author of the book Yeah Yeah Yeah; The Beatles & Bournemouth on 01929 472621.
Category: DorsetJuly 18, 2013