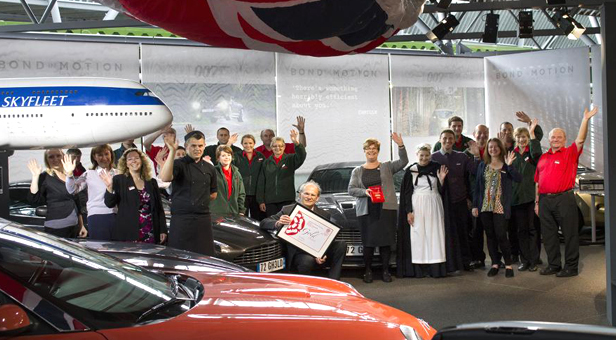 The Beaulieu attraction has been awarded Gold in the Large Visitor Attraction of the Year category at VisitEngland’s prestigious 2013 Awards for Excellence ceremony.

Beaulieu received its award from Sue Gill, Head of Skills & Training at Tourism South East. The VisitEngland citation stated: This attraction exceeds expectation. There are ‘attractions’ within Beaulieu that could be stand-alone businesses in their own right. Interpretation and presentation are of a very high standard throughout. Staff excel in customer care and their enthusiasm creates a ‘special’ experience for every visitor. Nothing is ‘too much trouble’ and their ‘can do’ attitude comes to the fore. Beaulieu really is a memorable and enjoyable attraction for all.

Beaulieu’s Commercial Director, Stephen Munn, said: “England is world-renowned for the quality of its visitor attractions, which number over 6,000, and with this award Beaulieu is delighted to be recognised as the ‘best of the best’.”

VisitEngland’s Chief Executive, James Berresford, said: “The quality of the 320 applications we received was very high, making the competition for a Gold Award extremely tough. It is therefore a tremendous achievement for Beaulieu to win a Gold Award, the highest accolade for Excellence in Tourism which VisitEngland can bestow. They raised the bar for excellence which others can aspire to. I warmly congratulate them.”

Beaulieu was one of the first stately homes to open its doors to visitors in 1952 and in the 60 years since, has developed into an award winning attraction that offers something for all ages and tastes. In addition to the world famous National Motor Museum it features World of Top Gear, Palace House and 13th century Beaulieu Abbey.

To celebrate Beaulieu’s 60th anniversary and the 50th anniversary of the James Bond films in 2012, the attraction played host to BOND IN MOTION. This exclusive, official exhibition of 50 original James Bond vehicles, is the largest of its kind staged anywhere in the world. The exhibition has brought a whole new audience to the attraction and, due to its phenomenal success, its run has been extended to 5 January 2014.