Bikers ‘ride out’ for Jade Clark 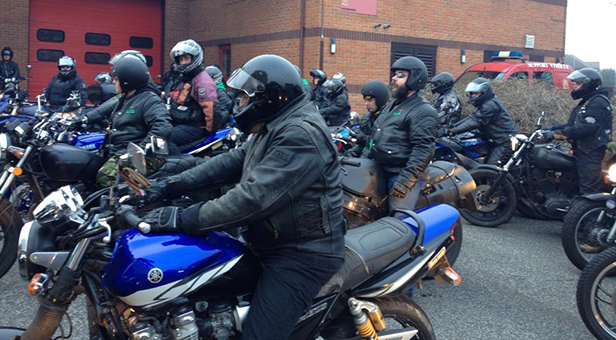 Following the tragic death of Ringwood teenager Jade Clark on the A31 on 24 February, a ‘ride out’ in her memory was organised on 9 March 2013.

Over 300 bikes, quads and scooters turned up to take part in the convoy. The bikers rode from Bournemouth’s Springbourne Fire Station to Ringwood along the A338 Spur Road at 30mph.

Ben Falla, who took part in the ‘ride out’ said, “I heard about the run on a Facebook event page called ‘a support ride out for Jade Clark.’ My mum who also attended spoke to a motorcycle club called the ‘Black Sheep’ who had organised a ride from Poole Quay to the Springbourne Fire Station where we met all the rest of the clubs, riders and police for the main run to Ringwood. It was very well organised, mainly down to the motorcycle clubs because they have the experience and marshalling skills to do such a thing.

“The event on Facebook was organised by Heather Sime and Colin McDonald and they did an outstanding job of organising and keeping everyone up to date via the Facebook page. As a biker and someone from the local area, when I heard about the run, I knew straight away that I wanted to do it, I really wanted to show support for such a tragic loss. I had absolutely no idea it would be so big and I think most people would struggle to remember a time when bikes and scooters of all kinds came together like that.

“It was a very moving and amazing experience.”

The bikers joined many others who had gathered at Carvers Recreation Ground in Ringwood for a balloon release in memory of Jade. A collection was made, which has been given to the family to donate to a charity of their choice.

Police are still searching for the Volvo XC90 that collided with Jade and are now visiting everyone in the country who owns such a vehicle in an effort to find the hit and run driver who left the scene of the accident. A reward of £5000 has been offered for information leading to the arrest and conviction of the driver.