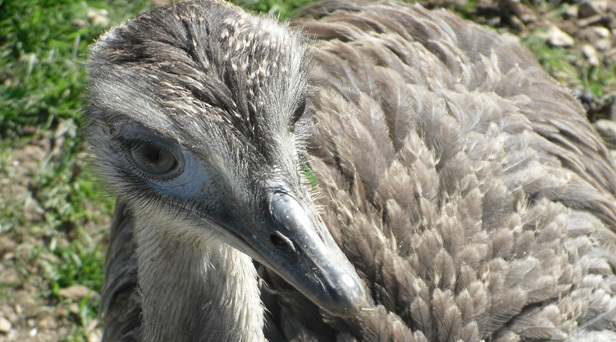 Officers are appealing for witnesses and anyone with information to come forward after the theft of a large bird in Charminster near Dorchester – with images of the animal being released.

The stolen animal, which had been kept in a secure pen, is a male rhea – a large flightless bird with grey plumage, long legs and neck, similar to an ostrich.

Police Constable Fiona Wilson, of Dorset Police’s Crime Management Unit, said: “The owner of the fowl believes that the crime may have been committed late in the night.

“I urge anyone who witnessed this incident take place, saw any suspicious activity in the area at the time, or may have information about those responsible to contact Dorset Police in confidence.

“The owner naturally would like the animal returned but is also worried that this large bird could be a danger to anyone who does not know how to handle it correctly.”

No arrests have been made.

Witnesses and anyone with information should call Dorset Police in confidence on 101, quoting crime number C:13:D:28189. Alternatively, call the free and anonymous Crimestoppers line on 0800 555 111 where mobile phone tariffs may apply.