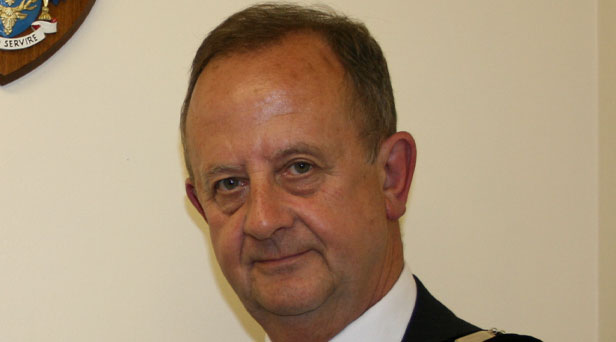 Cllr Malcolm Birr has been elected as the new chairman of East Dorset District Council.

Cllr Birr has been a district councillor for Ferndown Links since 2007 and was the council’s Lead Member for Community for two years and, more recently, has been Lead Member for Economy for the past two years.

Following a career in banking, he was a magistrate for 11 years, retiring only last year. He has been chairman of the Barrington Centre in Ferndown for the past year and is also involved in the youth club at Heatherlands.

His charities for his year of office are the Dorset Branch of Marie Curie Cancer Care and Home-Start Dorset, the family support charity.

Outgoing chairman Cllr Lucy Clark handed over the chain of office at the annual council meeting of East Dorset District Council on 13 May.

On accepting the position, Cllr Birr said: “I am very much looking forward to my year of office and will try to support as many East Dorset organisations and charities as I can. I will also be promoting the work of East Dorset District Council throughout Dorset.”