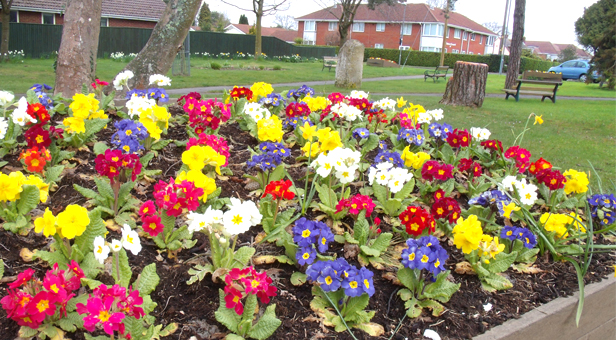 The Ferndown In Bloom Committee is asking residents of the town to suggest public areas that could be planted with bulbs and shrubs to enhance the town.

Over the last three years, members of the committee with volunteers have planted thousands of bulbs donated by the Haskins Garden Centre, the competition’s sponsor, on the grass verges of major roads, including Wimborne Road and Ringwood Road.

Ferndown In Bloom’s Chairman, Cllr Jean Read, says that they would like this year’s places to plant campaign locations to be based on the suggestions from the public.

“We would like to receive suggestions as to which areas could be enhanced by the planting team, and would also welcome volunteers to come forward to give a little time as part of our planting party,” said Jean.

Simon Newport, General Manager at Haskins, said that they would help find suitable plants, seed or bulbs for the locations being considered in a bid to make Ferndown blooming beautiful.

Anyone with suggestions or wishing to support the FIB committee can call 01202 875926 or emailjean1340@hotmail.com