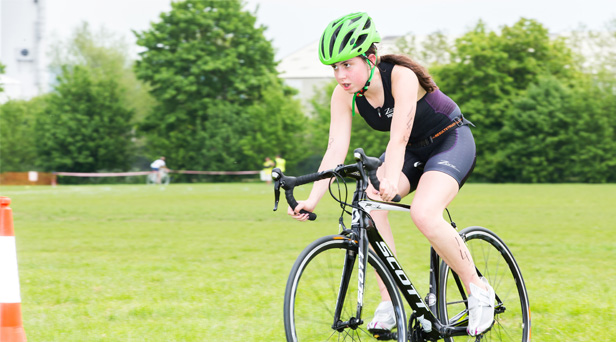 A pool swim was followed by a 10 mile bike leg and 3 mile run, with Miss Brain up against 115 starters including some highly experienced and serious triathletes.

She was quickly out of the pool with the second fastest swim of the day and after a good transition was away for her first competitive ride on her new Scott Foil 40 supplied by Pedals Cycle Centre.

The bike performed exceptionally well and after a good second transition Lucy performed a great run, covering 3 miles in an impressive 21 minutes.

A few bemused male athletes who were amazed they had been beaten by a 13 year old girl.