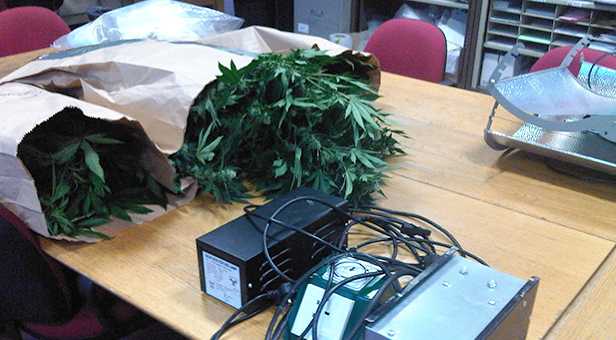 Some of the items seized

A purpose-built cannabis farm has been found in the Dorset village of West Moors.

Police executed a Misuse of Drugs Act warrant shortly after 8am on 7 March 2013 at an address in Ringwood Road, West Moors.

During the search, involving a specialist police dog, a small purpose-built cannabis farm was found in the loft of the property. Cannabis plants and several seedlings were seized along with lighting and power equipment.

“The execution of this warrant sends a strong message that we will take action against drugs offences and prevent, disrupt and detect such criminal behaviour.

“Our Safer Neighbourhood officers will continue to work closely with patrol officers to keep West Moors safe and proactively deal with information relating to drugs offences.

“I would urge members of the public who may have concerns, suspicions or any information about the misuse of drugs to contact Dorset Police on 101 so that we can take action.”

A 28-year-old man from West Moors was arrested. Police enquiries are continuing.