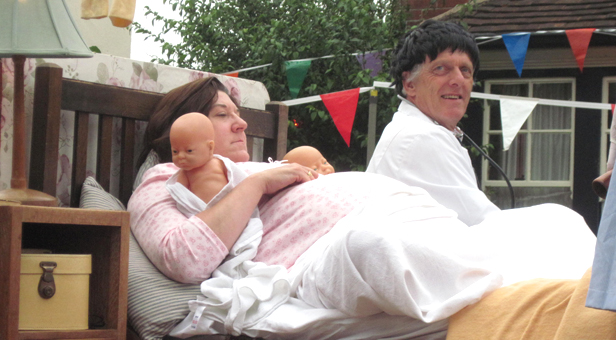 The Hampshire market town of Ringwood was brought to a standstill on Saturday 21 September. Roads were closed and crowds lined the streets in anticipation of a spectacular procession as the carnival got underway.

Starting at 2pm, the colourful parade was still wending its way through the town an hour later. Led by the carnival queen and princesses in their horse drawn floral carriage, there were many floats and walkers interspersed with marching bands, street entertainers and street sellers.

The magical ‘Chitty Chitty Bang Bang’ brought shrieks of delight when it attempted to ‘take off’ using its technical hydraulic system and there were dalmations, Romans, Eastern delights, animals of the ‘furry’ kind, animals made of sticks, cheerleaders, soldiers, Alice in Wonderland and kids on roller blades.

The float that bagged pride of place in the afternoon was ‘Call the Midwife.’

A further parade was held in the evening and the event was rounded off with a firework final.

See our report in the mid-October Viewpoint Magazine due out on 10 October.