Charity offers a series of health workshops and seminars 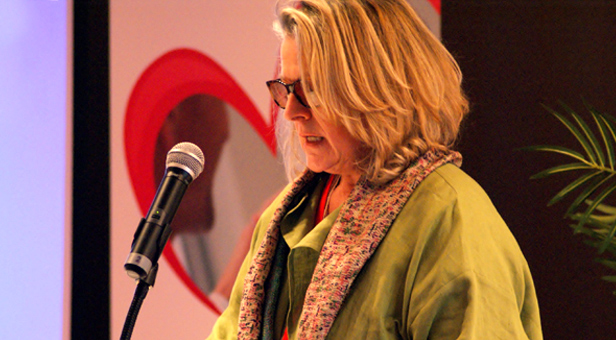 Lewis-Manning Hospice has announced a special Autumn Series of workshops and seminars covering a wide rage of areas relating to health and well-being.

The Poole-based charity, which offers free specialist palliative nursing care to hundreds of local people living with cancer and other life-limiting illnesses, has organised the programme that will run at the hospice from September to November and tickets are available now.

The first event is a talk by Consultant Clinical Oncologist, Dr Richard Osborne on Tuesday 17th September, entitled ‘Innovation in Cancer Treatment’, which is suitable for anyone interested in the latest cancer treatment – especially those with a diagnosis – and their carers, plus health care professionals.

Other workshops and seminars available in September include ‘Re-Thinking Health and Well-Being’ on Monday 23rd September, in which Health Coach Lee Vallely will talk about how a healthy state of mind helps to create a healthy state of body, as well as a ‘Complementary Therapy’ talk by Jasmine Fleming on Wednesday 25th September, when she will explain how complementary therapies can improve health and well being and also help facilitate healing.

The programme continues throughout October and November with another two ‘Innovation in Cancer Treatment’ talks, this time from Consultant Breast Surgeon Mr Tony Skene on Monday 14th October and Consultant Urological surgeon Mr Charles Carter on Thursday 21st November, as well as ‘Breathing Well Through Winter’ on Thursday 17th October, which is an interactive workshop for anyone with breathing concerns. Holistic Voice Therapist Ali Sharpe will be providing a ‘Voice Workshop’ on Monday 18th November for anyone with breathing or voice issues and their carers, as well as health care professionals and supporters.

The series ends on Monday 11th November with a talk by Lewis-Manning CEO, Elizabeth Purcell, entitled ‘Living Longer or Dying Longer?’, which is aimed at healthcare professionals, social workers, students and those interested in the care of those with long term life-limiting illnesses and the survivorship agenda.

Anyone wishing to attend should contact Lewis-Manning on 01202 708470. More information can be found at www.lewis-manning.co.uk in the Education section.