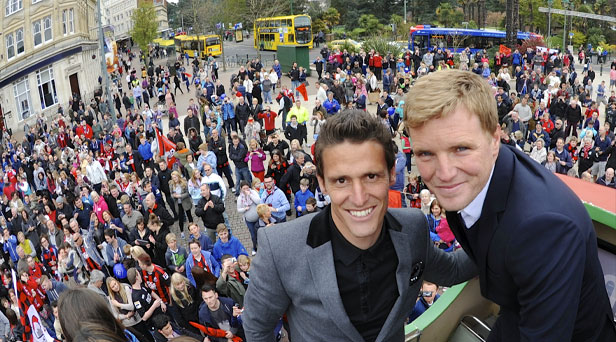 Fans lined the streets to watch AFC Bournemouth’s ‘We are going up!’ parade celebrating the Cherries promotion to the Championship. Manager Eddie Howe was aboard the open top bus alongside the squad and backroom staff as it wound through the streets reminding everyone of the clubs achievements of the last season. The open top bus left Goldsands Stadium at 1pm on Sunday, 28 April and travelled through Bournemouth ending its journey at the Square, which was crowded with thousands of well wishers.