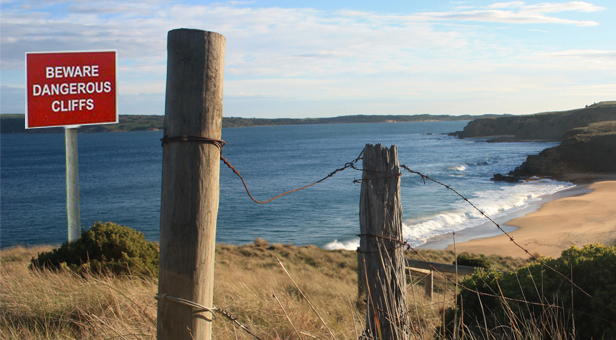 Cliff falls have forced the closure of coastal footpaths in the Castle Cove and Bincleaves area.

The access path to the beach at Castle Cove has been closed for public safety reasons.

The cliff adjacent to the flight of steps down to the beach has failed and cracks are opening up across the path’s surface.

During the coming weeks the condition of the path and steps down to the beach will be monitored.

Weymouth and Portland Borough Council and Dorset County Council will be working together to try to maintain an access route to Castle Cove Beach.

Following a cliff fall, the footpath from Bincleaves open space above the Western Ledges has also had to be closed.

The coast path in the Castle Cove and Bincleaves area, which was diverted inland due to landslips several years ago, is unaffected.