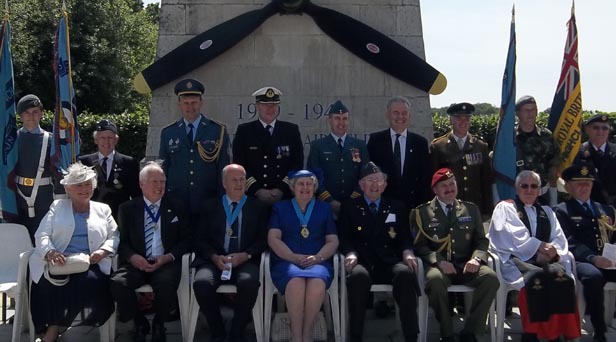 During the years 1939 to 1945, the flying units of many other nations served on the New Forest Airfields alongside the British. Australian, Canadian and New Zealand airmen.

So too did units from many European nations: Czechs, Slovaks, Poles, Norwegians, Dutch and Russian. It is a tradition that at the service they are remembered too and their flags fly alongside those of their British allies. Representatives of those nations often attend the service. The event is completed by the guests enjoying a traditional New Forest cream tea at the East Close Hotel.