Crying for the South 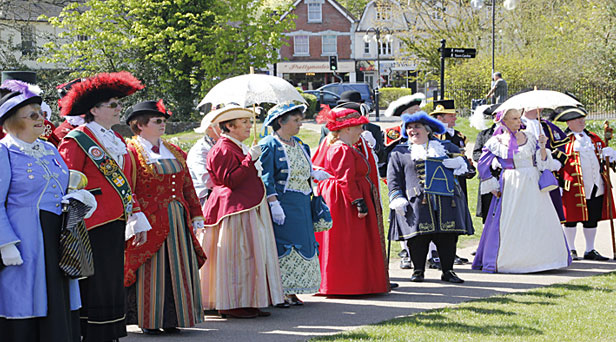 Seventeen town criers and their escorts in splendid costumes were joined by the Dorset Youth Marching Band to parade through the town of Wimborne Minster on 6 May. They arrived to compete in the Southern England Town Criers Championship. Before the cries began, the Wimborne Militia fired a volley from their muskets to scour the town of any evil spirits. This was followed by a ‘benchmark’ cry by the Pamphill & Shapwick town crier and serjant of musket, Melvin Gudger.

The criers then took turns to proclaim their greetings and extol the virtues of their home towns.

In the afternoon their proclamations were of their own choice with some very amusing tales.

The competition was closely fought, but finally the winners emerged and they received trophies from the town’s mayor and mayoress.