Do you know what sepsis is? 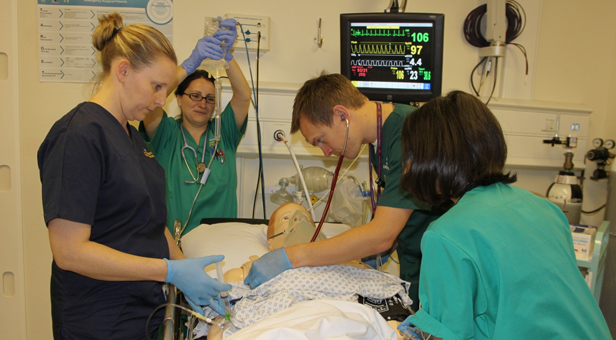 Not everyone will know that sepsis is a life-threatening condition that can occur when the body attacks its own tissues and organs in response to fighting an infection. Sepsis can lead to shock, multiple organ failure and death if not recognised early and treated promptly.

World Sepsis Day is on 13 September. The mark the day staff at the Royal Bournemouth Hospital will carry out a number of activities throughout next week to raise awareness about this serious condition, focusing on the improved treatment of sepsis and ensuring a fast response to affected patients.

An information stand will be in the main hospital atrium throughout the week, so that members of the public can pick up information and learn more about sepsis.

Dr David Martin, Consultant in Emergency Medicine, said: “The condition ‘sepsis’ represents the body’s response to serious infection. All of us at some time will experience a mild, uncomplicated bout of sepsis when we have flu or gastroenteritis for example. However, a more severe form of sepsis affects over 100,000 people in the UK each year and unfortunately there is a significant associated mortality.

“This Trust takes the management of this condition very seriously. We know that early treatment with relatively simple measures such as antibiotics, intravenous fluids and oxygen saves lives. Good sepsis care requires early recognition of severe infection and a team approach to delivering the treatments that we know make a difference. It is also important to acknowledge when the simple measures are failing, and know when to escalate a patient to Critical Care.”

A number of wards at RBH have been trialling ‘sepsis boxes’, an emergency box containing all of the equipment required for immediate sepsis care, to be used when a patient is identified as having sepsis. Ward ‘Sepsis Champions’, based on each ward, lead on the training and use of the boxes to ensure a fast treatment response to patients with sepsis.

Simulations and ward training sessions are also being held for medical and nursing staff to teach best practice in responding to sepsis.