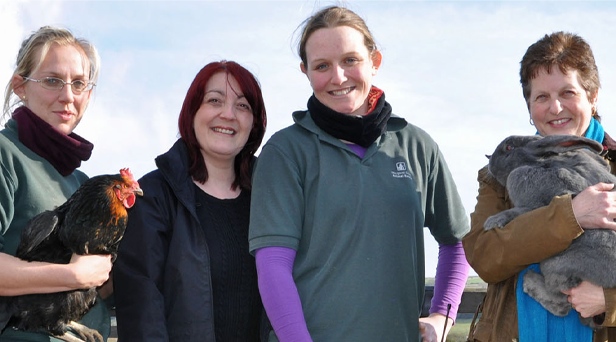 Along-standing Dorset charity has received a donation that will support 50 of the abandoned and cruelly treated animals that it looks after. Margaret Green Animal Rescue was given the money by the Wessex Group, which is celebrating its 50th anniversary. Every month in 2013 the Shaftesbury-based company is donating ’50 somethings’ to a charity or good cause.

The rescue charity is the oldest and largest in the county and relies on donations to support the animals it cares for. Each year it takes in over 1,000 abandoned, unwanted and ill-treated animals and finds them new, loving homes.

The money from the Wessex Group will be used to support 50 rabbits, sheep, chicks, cats and a variety of other animals.

So far this year the company has provided 50 sensory toys for a Dorset charity that looks after children with severe learning difficulties and has planted 50 yards of snowdrops in Shaftesbury.