Dorset solicitor on the run 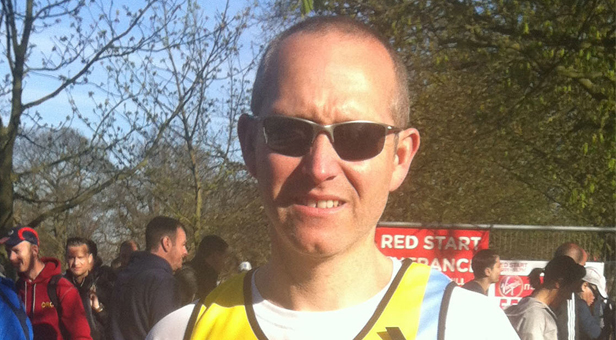 On the run: Craig Wells who completed his first London Marathon

Craig Wells is the toast of his firm after raising nearly £5,000 for charity by successfully completing his first-ever London Marathon.

The Swanage solicitor and father of two had aimed to raise at least £1,750 for his chosen charity Children with Cancer UK but, in the event, has brought in  more than double that amount.

So far he has received £4,060 in donations which with Gift Aid equals about £4,800 and money is still coming in.

Craig, a partner with Ellis Jones Solicitors, said: “The crowds giving encouragement all the way were amazing and the whole run was like one big street party.”

He added: “My mum was on the Embankment at about the 24 mile mark and my wife, Julie, and sons Thomas and Samuel were tracking my progress on the Virgin London Marathon website.

“I was tired and emotional but very pleased to have finished.”

Craig, who completed the marathon with a time of four hours 56 minutes and 21 seconds said he had now entered the public ballot for next year’s event.

He is also planning to take part in September’s off-road Purbeck Marathon.

“The support I’ve received has been fantastic and my thanks to everyone who has dug into their pockets and donated money,” Craig said.

A former student at The Purbeck School in Wareham, Craig joined Ellis Jones in 2002 and became a Partner in 2005.