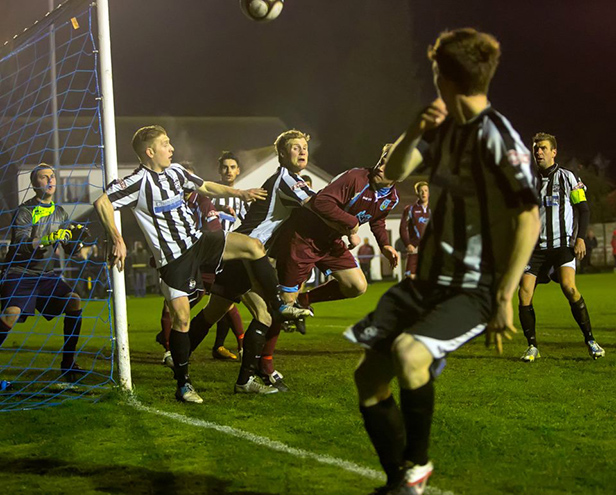 On the Saturday Wimborne won 1-0 at Cinderford Town, thanks to a goal from Matt Kemble. It was the Magpies’ first back-to-back victory this term.

The game was striker Tom Jeffes’ final appearance for the Magpies. Jeffes is departing for London to become Leyton Orient’s new commercial manager.

The spate of postponements due to the recent inclement weather means that Wimborne visit Sholing on Thursday night, 4 April.

This Saturday, 6 April they are on the road again with a trip to Hungerford Town.
Then the following Tuesday night, 9 April Wimborne play their biggest game of the season when they face neighbours Poole Town in the Dorset Senior Cup Final. The game kicks off at 7:45pm and is being played at the County Ground, Hamworthy.
Category: DorsetApril 3, 2013