Elation as Dorset railway is reinstated 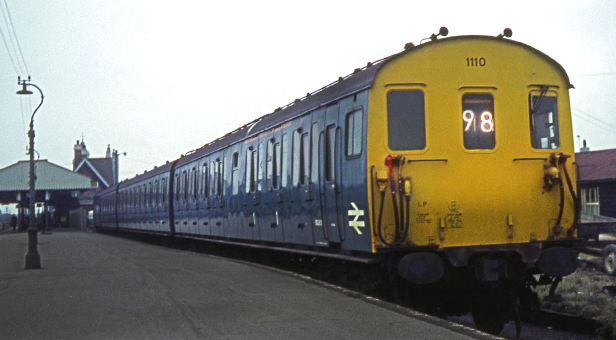 A Dorset train service is to be reinstated thanks to a £1.47M government grant.

Elated Swanage Railway volunteers are celebrating after winning the grant to re-introduce a regular train service from Swanage and Corfe Castle to the main line at Wareham – a long-held ambition since British Rail controversially axed the service 41 years ago.

The grant from the Coastal Communities Fund will give an important boost to the Isle of Purbeck and will be announced Eric Pickles MP, Secretary of State at the Department of Communities and Local Government today, (Monday, 11 February, 2013).

As well as improving access by train to the heart of Purbeck for tourists – and improving rail links out of Purbeck to Poole and Bournemouth for residents – it is estimated that a restored train service between Swanage, Corfe Castle and Wareham will create 40 new jobs indirectly and ten new jobs directly. It is anticipated that the first regular trains will be running by spring 2015.

The grant money will pay for upgrading track and bridges on the Network Rail three-mile single line from Worgret Junction, on the London to Weymouth main line, to the Swanage Railway at Motala just east Furzebrook. The three-mile line is currently used by occasional excursion trains to Corfe Castle and Swanage from various parts of the country.

The £1.47m grant will also pay for the upgrading of two 1960s heritage diesel rail bus trains to main line running standards as well as funding the acquisition of legal permissions required before regular trains can run into Wareham from Corfe Castle and Swanage.

A trial rail service between Swanage, Corfe Castle and Wareham is planned for 50 days in 2015 and 90 days in 2016 with the eventual target being an all-year amenity train service after that.

Swanage Railway Company chairman Peter Sills, who rode on the last British Rail train from Swanage to Wareham in January 1972 as a teenager, said, “We are elated at this tremendous and very historic news because the Swanage Railway has been campaigning to bring back regular trains from Swanage and Corfe Castle to Wareham since 1972 when British Rail controversially axed the service.

“We are working closely with Network Rail and Dorset County Council to ensure that land access and lease arrangements of the three mile line between Motala and Worgret Junction required by the Coastal Communities Fund grant are put in place as soon as possible.

“I would like to say a very big thank you to everyone who has contributed towards reaching this milestone in the history of the Swanage Railway. It took British Rail just seven weeks to lift the seven miles of track between Furzebrook, Corfe Castle and Swanage but 30 long years for the Swanage Railway to relay it.

“Rail travel in this country has grown by a third during the past decade and train journeys are currently at their highest level since the 1920s. With petrol prices so high – and still rising – we are confident that a regular train service between Swanage and Wareham will be viable,” explained Mr Sills.

Purbeck Community Rail Partnership chairman Councillor Mike Lovell said, “I would like to congratulate the Swanage Railway on receiving £1.47 million funding from the Coastal Communities Fund.

“Together with the £3.2 million funding that the Purbeck District and Dorset County councils are contributing to the re-signalling work required between Wareham and Worgret Junction and from there down to Corfe Castle, this means that the operation of a limited train service between Wareham and Swanage in 2015 is now a realistic proposition.”

Funded by a transport infrastructure improvement tax levied on property developers in the Purbeck area, the £3.2 million local council funding has paid for a new track point at Worgret Junction – installed by Network Rail during December, 2012 – which is required before regular passenger trains can run into Wareham from Corfe Castle and Swanage.

The £3.2 million has also contributed towards track improvements by Network Rail at Wareham station to accommodate regular trains from Corfe Castle and Swanage.

British Petroleum and Perenco is also paying for a £500,000 level crossing across the Wytch Farm oil field and Norden Park & Ride access road just north of Corfe Castle so that regular trains can run from Swanage and Corfe Castle to the main line at Wareham.