English seas worth their weight in gold 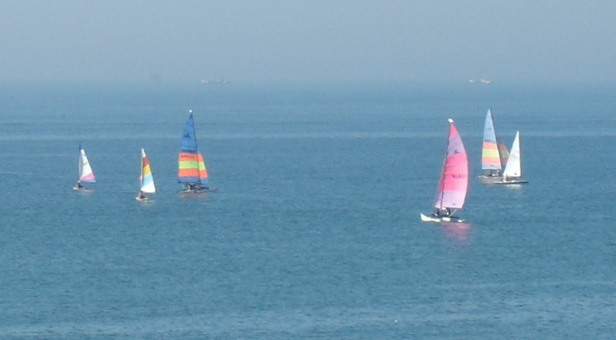 For the first time a study of divers and anglers has revealed that the creation of Marine Protected Areas (MPAs) in UK seas will not only benefit habitats and wildlife, but will also bring considerable economic benefits and have a positive effect on the well-being of sea and coastal users.

The Marine Conservation Society (MCS) welcomes the report and says it shines a light on some of the wider benefits that a proposed network of Marine Conservation Zones (MCZs) around England will bring to the public purse and which Defra has so far turned a blind eye to.

“This groundbreaking study has revealed that diving and angling in 127 MCZs proposed in England is worth between £1.87billion and £3.39billion to the economy each year. In addition recreational divers and anglers questioned said they would make a one-off payment collectively worth between £730-£1,310 million to see these sites protected and damaging activities stopped,” says MCS Senior Stakeholder Engagement Officer, Sue Ranger.

“People questioned were willing to pay more if they felt that sites would be well managed to prevent harm to species and habitats. This research only questioned divers and anglers, which means the figures don’t provide a full account of the value of our seas. Other large sea user groups like sailors and tourists are also likely to attach value to the enjoyment and protection of the sea – and these values have yet to be measured.”

The study titled, ‘The value of Marine Protected Areas in the UK to divers and anglers’ was jointly published today by the Universities of Aberdeen, De Montfort, Aberystwyth and Birmingham City, has been welcomed by the Marine Conservation Society (MCS), the British Sub Aqua Club (BSAC) and the Angling Trust, who say it shows that the benefits of marine protection will far outweigh the costs.

Up until the publication of this report, Defra has said cost is a key barrier to creating new Marine Conservation Zones (MCZs) in English seas, whilst never investigating the financial benefits. This report reveals that marine wildlife and habitat protection in these zones could have huge socio-economic benefits, well in excess of the costs associated with setting up these areas.

The Government will be making an announcement in the autumn on which of the proposed MCZs will be designated in 2013. After millions of pounds was spent, experts, including conservationists, stakeholders and the Government’s own scientific advisers, suggested 127 sites would create a coherent network, however only 31 sites were selected for public consultation at the start of the year. The difference in those numbers means it is likely that a great deal of this value will be lost and unprotected.

But it’s not all about the cash. The study also explored the deeper held values that divers and anglers attach to the sea. Some of the most important benefits turn out to be the value people put on being in or by the sea and coast, where they can engage with the environment on many different levels.

Jasper Kenter from the University of Aberdeen, who led on this study, says: “Increasingly we are able to assess the economic value of nature conservation. But it is also tremendously important to look at the deep emotional connection divers, anglers and others feel for the places that they visit.

“When we talk about the value of recreation, we can recognise excitement that people feel when they see a creature they’ve never seen before, the bond that people develop when they go out together or the peacefulness that someone feels when they are alone with the immensity of the sea. It is because of these kinds of feelings that divers and anglers want to protect these places, and much of this report is about showing the significance of these values.”

The study revealed that the highest non-monetary value tended to be put on the sites with fewer visitors, hinting that people feel the most benefit from remote, unspoilt sites. Blakeney Seagrass, Orford inshore, Blakeney Marsh and Glaven Reedbed were among the five highest ranked English sites, yet none of these highly valued sites are among the 31 sites put forward by Defra for designation this year.

Sue Ranger says the headline findings are a real wake-up call to the Government: “This is compelling evidence of the benefits of MPAs. Memorable experiences and social bonding are among the positive ways that people reflect on marine areas. For the first time the true value of marine protection can be seen holistically and that has to make the Government sit up and think.”

David Mitchell, Marine Campaigns Manager for the Angling Trust said, “This report provides the best available evidence that anglers place huge value on protecting the marine environment. Both the monetary and non monetary values recorded from sea anglers stretch into billions of pounds. This has the potential to increase further by hundreds of millions of pounds if restrictions on other activities, such as commercial fishing, were included. It is also clear that, for sites with significant numbers of visiting anglers, the cultural ecosystem service benefits of angling, such as health, wellbeing and a sense of community, would decrease if access restrictions were placed on anglers”.

The report is accessible via the ‘Resources’ tab on the UK NEA website: http://uknea.unep-wcmc.org/Resources/tabid/82/Default.aspx