Film gets spectacular showing at Bournemouth Arts by the Sea Festival 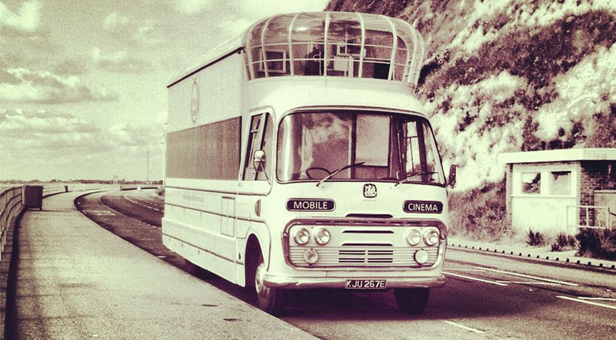 The programme for Bournemouth’s third Arts by the Sea Festival has just been announced, with an exceptionally original strand of film events that no movie fan will want to miss.

Among its many film-related events the festival has a number of rare film screenings accompanied by live music.  Look out for two of Alfred Hitchcock’s finest early films, recently restored by the BFI, and with specially commissioned live scores, The Pleasure Garden on 28 September and Blackmail on 5 October.  These are accompanied by players from the Bournemouth Symphony Orchestra.  William Welman’s classic 1928 film, Beggars of Life, will also be shown during the festival, accompanied by the Dodge Brothers’ exuberant hybrid of country blues, rockabilly, jugband and skiffle (the Dodge Brothers are Mike Hammond, Mark Kermode, Aly Hirji and Alex Hammond).

Another classic film to look out for is Robert Flaherty’s 1934 docu-drama, Man of Aran, which won the Grand Prix at the Venice Film Festival and is here accompanied by a highly acclaimed performance from Indy band British Sea Power.  Other documentaries have as subjects photographer Gregory Crewdson (shot over a decade with unprecedented access to Crewdson’s work process), plus performance artist Marina Abramovic as she prepares for a retrospective of her work at MoMA in New York.

Two fascinating events, run in conjunction with the new Bournemouth Visual Effects Festival ‘BFX’, take audiences into the realm of special effects (visual and sound). On 25 September The Art of Visual Effects, hosted by top industry professionals, looks behind-the-scenes at some of the world’s most spectacular visual effects created for award winning films and animations.  On Sunday 29, The Cabinet of Living Cinema presents The Cabinet of Living Foley – an exploration of the world of Foley, live special effects, and the birth of special effects in cinema.  This latter performance features live scores using found Foley objects including work by George Melies, Dziga Vertov and Man Ray – and father of stop-frame animation, Ladislav Starevich – plus contemporary experiments with computer-generated special effects.

If it’s sound you’re particularly interested in, Chris Watson, one of the world’s greatest sound recordists, famed for capturing the natural world for Sir David Attenborough. Watson will present a sound talk and performance in addition to a field trip taking in Bournemouth’s unique local environment.

Finally, two quirky but unmissable treats are a programme of family animations in the Vintage Mobile Cinema – one of only six of these cinemas ever made and the only one left, lovingly restored and operational – and Piano Tuner of Earthquakes (2005), a dark fairytale about a demonic doctor who abducts an opera singer with the intent of transforming her into a mechanical nightingale.  There will also be animations in the bandstand during the Opening Weekend 20-22 September.