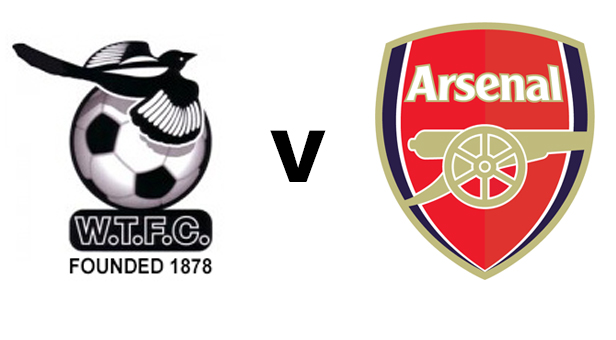 Wimborne Town FC will play Arsenal’s under 21 team on Tuesday, 7 May in order to raise funds for Kevin James and Andy Culliford.

Both footballers were playing in March 2011 away at Bishops Cleeve when Kevin suffered a horrific break in three places of his leg and subsequently had to retire. Three months later Andy found out he was suffering from motor neurone disease and has since discovered that he also has a brain tumour. Despite this, Andy still goes into work as a fireman in Westbourne and still plays five a side soccer.

The last time Arsenal visited Wimborne was in 2006.