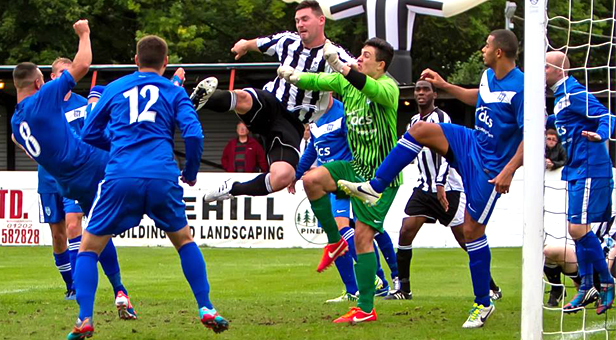 Wimborne Town produced a goal-filled thriller at Cuthbury last Saturday in a 3-3 draw with Stratford Town in the Calor League.

Despite dominating the second half the Magpies could not secure that much-desired win as they notched up their fourth draw in six games.

Wimborne fell behind to an early goal but took control of the game with two goals in six minutes, Jamie Davidson and Mark Gamble both scoring.

The game was tied 2-2 at the break, but Stratford retook the lead with a second half penalty.

James Stokoe secured a point for the Magpies with a 71st minute equaliser.

The result leaves Wimborne sitting in mid-table but only six points shy of the top five playoff spots.

On Tuesday night (24 September) Wimborne travel to an AFC Totton side struggling in the Calor League Premier Division for a Red Insure Cup Preliminary Round encounter.

This coming Saturday the Magpies are in league action at Bishops Cleeve, kick off 3pm.