Heartless thieves should be ashamed 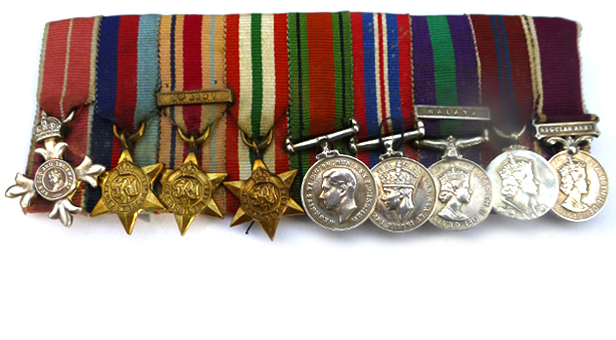 Detectives in Bournemouth are renewing their appeal for witnesses and information after a burglary in Wallisdown when watches as well as seven WW2 medals, including stars, one MBE and a Good Conduct and Long Service medal of sentimental value were stolen.

The thieves forced entry through a window between 11am and 1.45pm on Friday 7 June at an address along Walliscott Road. Did you see or hear anything?

Detective Constable Martin Farrington, of Bournemouth CID, said: “Following extensive enquiries, I am now able to release a photo of some miniature replicas of the medals that have been stolen.

“The missing medals are of particular sentimental value to the victim as they represent his grandfather’s efforts and achievements during WW2 and his military career.

“I am continuing to appeal for anyone who witnessed this incident or recalls any suspicious activity in the area at the time to contact police.

“I would also urge anyone with any information about those responsible or the whereabouts of the medals to call Dorset Police on 101.”