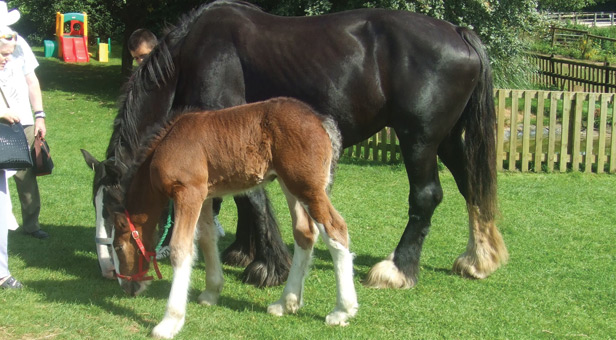 The recent revelations concerning horse meat being identified in various meat products has highlighted concerns about meat traceability and equine welfare according to The British Horse Society.

The UK’s largest equine charity believes that a number of serious food hygiene issues need addressing as a matter of urgency. The 2012 Defra decision to withdraw funding from the National Equine Database, and the subsequent loss of that database, has given rise to concerns that it is possible for contaminated horsemeat to enter the human food chain.

All horses must have a passport, which contains details of the drugs that a horse is given during its lifetime. If a horse receives certain drugs, it may not be slaughtered for human consumption due to fears over the effects of these drugs on people. However, with no central database to facilitate checks it is now possible for a horse to be issued with two passports; one in which medication is recorded and an apparently clean one to be presented at the time of slaughter – allowing the medicated horse to be passed as fit for consumption.

The moral issues of using horses as meat producing animals have also been brought into sharp focus. Unlike many countries on the continent Britain has never had a culture of eating horsemeat and even the idea of it causes revulsion amongst many animal lovers. However, there are also people who believe that if we eat cows and sheep then it is hypocrisy to consider horse meat as being off the menu.

The British Horse Society neither condones nor encourages the consumption of horse meat and believes it is a choice for the individual.

The British Horse Society has issued the following statement: “We as a nation must recognise the origin of much of the horse meat produced in our country. Rather than coming from animals ethically raised specifically for the purpose it tends to come from horses that are surplus to requirements; a direct result of Britain’s equine overpopulation problem. Years of unchecked indiscriminate breeding have resulted in literally thousands of horses with little or no value and a shortage of responsible and knowledgeable owners willing to care for them. Frequently these are the animals that end up at the abattoir and the BHS believes that tackling overpopulation should be our focus rather than debating the issue of consuming horsemeat. The BHS has been campaigning for a number of years to encourage horse owners to “Think Before You Breed” and there is still a long way to go.

“It is imperative that a horse’s final moments are handled carefully and with the welfare of the animal as the utmost priority. However, once an animal has died there is nothing more that can be done for them. Furthermore, there is the issue of what to do with a horse’s carcass given their size and the fact that it is, in most circumstances, both illegal and impractical to bury them. Equine cremation services do exist but for many people are prohibitively expensive, leaving sending their horse for meat as the only practical option.

“The BHS believes that we must focus our energy on the horses that are alive and suffering today. The resources of all equine welfare charities are being stretched as never before due to both the economic climate and equine population. We firmly believe that as a nation of animal lovers we should concentrate on the thousands of horses that need our help and allow individuals to make their own moral decision about which meats are acceptable for consumption.”