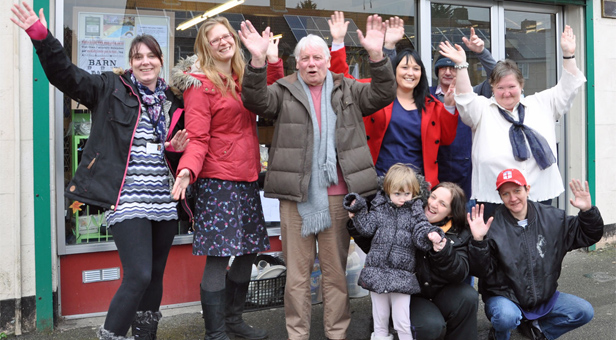 West Howe is to mark the end of a decade of lottery funding with a community celebration on March 15.

The area in Bournemouth was one of just over 80 places in the country that was picked in 2003 by the Fair Share Trust to be financially supported in a ten year programme.

That period ends this month and during that time West Howe has benefited from £881,183 investment in 20 community projects.

All are invited to the celebration starting at 2.30pm at the Henry Brown Youth Centre.

Invited guests include local MP Conor Burns and the Lord Lieutenant of Dorset, Mrs Anthony Pitt-Rivers.  A short film made by local residents about the ‘decade of doing’ will also be premiered.

Although the Fair Share Trust funding has ended, the area will not be abandoned.

It has been designated as a priority by ‘Bournemouth 2026’, a community development trust looking 20 years ahead for the whole town.

The key priorities identified will be delivered by the West Howe Regeneration Partnership, which comprises Bournemouth Borough Council, B2026, community organisations and other partners who can make a difference.

The Fair Share Trust funding was given to West Howe because it had missed out on previous lottery hand-outs, and locals have certainly made the most of it.

Martha Searle, Bournemouth Borough Council’s Neighbourhood Development Officer for West Howe, has been funded by Fair Share Trust since 2005 to work with local people and bring projects together.

She will remain working in the area as part of the ongoing regeneration project.

Due to the funding over the last decade many clubs, groups and services have sprung up, including a gardening club, knitting club, IT workshops for the elderly, training projects and counselling for young people.

There has been outreach support for victims of domestic violence, four music festivals, a community café, shop, drop-in centre and dance sessions.

Martha said, “I have been involved since 2005 and have seen a transformation in West Howe through the support of local people and Fair Share funding.

“I have seen children grow into adulthood and many people become more and more involved in their community.

“There are so many dedicated people in West Howe who have used this opportunity to really get involved.

“Every project has been prompted by the residents and the funding has enabled many things to get off the ground.

“It has helped give many people more confidence and led to jobs and careers.”

The Fair Share Trust funding was administered by the Dorset Community Foundation.

It has worked with Martha, the Neighbourhood Development Worker, who has ensured effective communication across the area and helped provide real opportunities for residents to get involved in local, town and county-wide decision making.

“Community Foundations and funded by Big Lottery Fund, which is supporting the regeneration of over 80 neighbourhoods across the UK that had not received their fair share of National Lottery good-cause funding in the past.”