In jug over jag 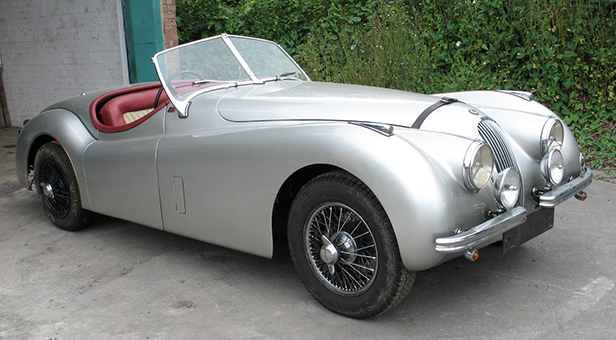 A convicted fraudster who concealed a high value vintage sports car from confiscators is behind bars.

Alan Dykes from Poole, 55 years of age, was sentenced for perjury and perverting the course of justice at Bournemouth Crown Court.

Originally, Dykes was convicted in 2011 for obtaining a money transfer by deception.

A confiscation investigation followed, during which he declared that he had no realisable assets. This was untrue, as he possessed a high value 1952 Jaguar XK120 sports car with an estimated worth of £70,000 to £88,000.

Following a further investigation, the vehicle was located hidden behind a false wall at a storage facility near Wimborne.

The car was seized and Alan Dykes was charged with perjury and perverting the course of justice.

He was convicted of both offences on 26 February 2013 at Bournemouth Crown Court.

On 21 March, Dykes was sentenced to one year’s imprisonment at the same court.