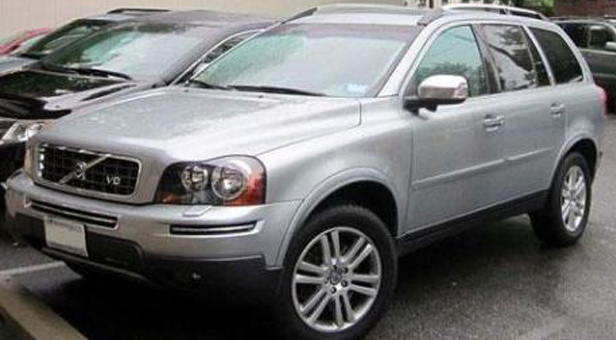 Businesses in the South are now offering a further £10,000 reward as police continue to investigate a fatal road traffic collision on the A31. Officers are still trying to trace the driver of a Volvo XC90 and urge anyone with information to come forward.

Jade Clark, the 16-year-old rider of a red moped, died following a collision on the westbound carriageway of the A31, near the Ashley Heath roundabout. The collision took place at around 8.20pm on Sunday 24 February 2013.

The hunt for a Volvo XC90, believed to be the first vehicle to collide with Jade which fled the scene prior to police arrival, continues.

To aid the police search for the driver of a Volvo XC90, the local business community has rallied together to increase the existing reward.

Spencer McCarthy of Churchill Retirement Living, speaking on behalf of the business community in Ringwood, said: “Local people have been shocked and saddened by this tragic incident.

Traffic Inspector Matt Butler added: “The continued support of the local community shows just how much the news of Jade’s death has affected people all over the country.

“Jade’s family have been totally devastated by their loss, understandably, but the manner of their loss makes it so much worse. Therefore it is essential that, for the family, we find the Volvo XC90 to try and give them some peace.

“Again, I am appealing for anyone with any information about the driver of the Volvo XC90 to get in touch as soon as possible.”

The Crimestoppers charity is offering an additional £1000 reward, also for information leading to the arrest and charge of an offender.

A dedicated team of police officers is visiting all registered keepers of Volvo XC90s in a defined area of interest to try and trace the vehicle and the driver.

To date in excess of 800 vehicles have been eliminated, but it is still hoped that the driver will contact the police.

Appealing directly to the driver, Detective Inspector Marcus Hester, of the force’s Major Crime Investigation Team, said: “Please come forward and speak to us. We know that your collision with Jade did not kill her.

“At the end of the day a sixteen-year-old girl died over no fault of her own and it is very important for us to establish exactly what happened.”