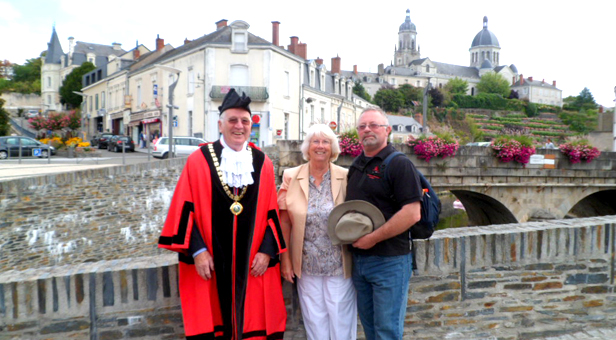 Among those joining the Ferndown Twinning Association’s visit to Segré to see the opening of a new pathway named ‘Promenade Ferndown’ was the Ju-Jitsu club run by John Hanrahan at Heatherlands.

John said, “Around 60 people saw Ferndown Mayor, Cllr John Lewis open the new pathway on 25 August including several young members of the Ju-Jitsu club.”  They were some of the first to walk the along the promenade.

The next twinning association event is a fancy dress party at the Ferndown Guide Hall on Saturday, 28 September. Turn up with a plate of food and feel free to bring a bring a bottle of wine if you wish. For more details contact the chairman, Pauline on 01202 892033. New members always welcome and you don’t have to speak French.