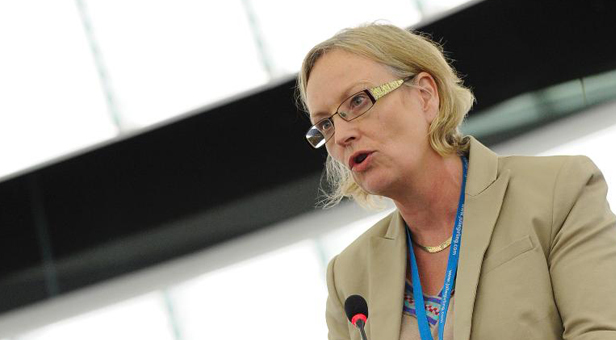 Whilst British Farmers have bent over backwards to ensure compliance with EU rules on the conditions in which pigs are kept, a large proportion of EU countries are still flouting the rules.

The European directive, banning individual stalls for sows took effect on 1 January 2013. Seven EU member states, including the main pig meat producer countries such as Germany, Spain, Denmark and France, have still not come into line with the new rules on animal welfare for sows.

Leading Tory MEP Julie Girling said, “This news is infuriating for British Farmers who have invested time, effort and money into complying with EU Legislation. Why should our farmers be penalised for improving the quality of life for their pigs?

In a time when agriculture and CAP dominates so much of what is discussed in Brussels, I do feel as though our heads are simply banging against a rather large brick wall. The only way to ensure your pork is compliant is to buy local food, boycott the non-compliant countries – their meat doesn’t meet animal welfare standards.

The new rules for the pig industry are intended to create a more even set of welfare standards across Europe and stop some farmers – such as those in Britain – being undercut by competitors using less welfare-friendly methods.

In the UK and in my region of the South West, agriculture plays a massive role in the local economy and farmers are spending massive amounts of time, effort and money to play by the rules. European Commissioners cannot sit back, they must take tough action against any countries that flout the rules. It is entirely unacceptable for countries to agree legislation and not implement it.”

Owing to the lack of enforcement, the European Commission is expected to launch legal proceedings against the non-compliant countries, excepting those that are very close to being fully in line with the Directive.

The ten countries that have already completely eliminated individual stalls for sows are: the United Kingdom, Sweden, Luxembourg, Austria, Bulgaria, Romania, Latvia, Lithuania, Estonia and Slovakia. Countries lagging behind can be put into four groups: 1) over 98% of farms are in line with the rules: Czech Republic, Hungary, Italy and the Netherlands; 2) 90-98% are in line: Denmark, Malta, Slovenia, Spain and Portugal; 3) 70-90% are in line: Belgium, France, Germany, Greece and Ireland; and 4) under 70% are in line: Portugal (58%) and Cyprus (63%)