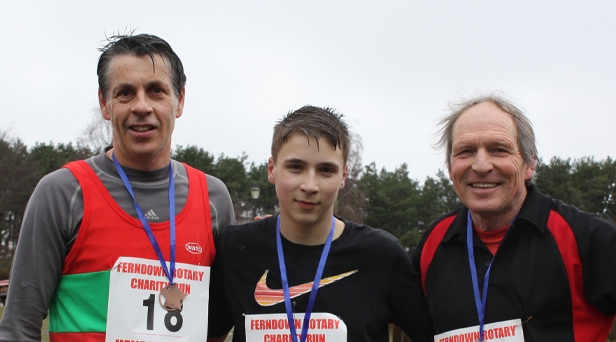 Less than a second might have separated the first and second placed runners in the 5km race at the rain sodden Ferndown Rotary’s Charity run, but in age terms they were 50 years apart.

The premier 10km race was won by Reuben Skinner, with Ian Evans and Matthew Witcher placed second and third, respectively.  Janie Chapman took the honours for the ladies, with Anna Burrows and Caroline Rowley taking second and third places.