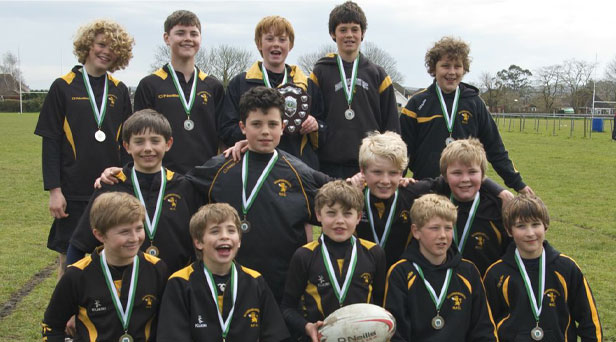 Bournemouth U12 Rugby Team has retained its status as Dorset County Champions.

The team went into the County final held at Swanage and Wareham RFC today as last year’s U11 Dorset County Cup winners.

Their opening match against Bradford on Avon gave them a win of 1-0, followed by a fiercely fought 1-1 draw against Chippenham They rounded off with a resounding win against North Dorset, putting Bournemouth equal on points with Chippenham.

The number of tries scored by Chippenham however, gave them the Dorset and Wiltshire cup, but Bournemouth came second overall and are once again Dorset Champions.

Congratulations to the entire squad.