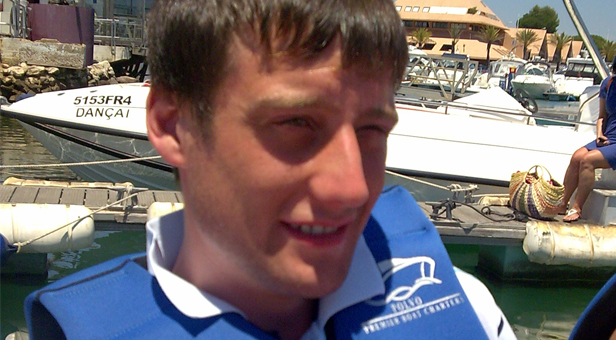 Police in Barrow are continuing to appeal to the public to keep an eye out for 30-year-old Mark March.

Mark James March was last seen by his family around 10am on Saturday, 9 March and has not made any contact with them since, or returned to his father’s home in Dane Ghyll Park.

Detective Inspector Amanda Sadler, who has been working on the case said, “So far we have had two possible sightings however both have proved to be negative. We now know that on Friday, 8 March, Mark was in the Salthouse area around 5pm then went to the shops at Lakes Parade, Hawcoat then early evening took a route to the Ormsgill area via Oxford Street.”

Police are looking at all lines of enquiry, including the possibility that Mark is currently staying in another area. He does have connections in the Grimsby area and Portsmouth.

Mark attended Thorncliffe School between 1994 -1999. He has previously worked for BAE in Barrow and has friends in the Hawcoat and Ormsgill areas. His family describe him as a quiet individual that mainly socialises with a close circle of friends.

Detective Inspector Sadler continued, “A helicopter search has been completed in some harder to search areas as a normal procedure. Enquiries are continuing and the police are keen to speak to anyone who has any information about Mark both prior to and since he has gone missing. It is important for the police to build up a picture of events leading up to Mark going missing so that all lines of enquiry can be followed up.

“Mark’s family are very concerned that he has not been in contact for over four weeks and this is completely out of character for him. They wish to express that Mark (also known as MJ) is not in any trouble with them and they just want to hear from him so that they know he is safe and well.”

Mark is described as white with short dark-brown hair, 5ft 9inch tall with a slim build. He was last seen wearing a blue cotton jacket, with dark tracksuit bottoms, with white trainers.

Detective Inspector Sadler added: “We are asking everyone to have a look at the picture of Mark and if you see anyone in the area who looks like him or matches his description to let us know.

“People who were in the area during the morning of Saturday, 9 March and have seen Mark, we would like to hear from you. Have a think about what you were doing that day, were you on a normal routine and maybe seen someone who looks like Mark in the area? Please do not think that your information wouldn’t help, anything, even the smallest piece could help us in tracing where Mark is and bringing him home to his family.”

If you have seen Mark or anyone matching his description please contact Cumbria Police on 101 or Crimestoppers on 0800 555 111.